I can’t believe I’ve been in Montreal for almost 2 weeks already! Like seriously it only feels like a couple days except that I’ve already washed my hair twice so that adds a little perspective. So what have I been doing?? Of course I’ve been eating 🙂 and lots of sleeping since it is summer and all. I’m re-watching the second season of Arrow with Nick and season 1 of Young Justice. It’s cool watching them at the same time because in Arrow, Oliver’s sister Thea has the nick name Speedy which is Roy’s nick name in Young Justice so it has its connections. It also took me a while to realize that Slade in Arrow is Slade from Teen Titans. My next goal is to get Nick caught up on Revenge and Teen Wolf 🙂

Anyways….Today while my hair was deep conditioning it was “watch-a-random-movie-on-Netflix” time and this time it was one called Tiger Eyes. 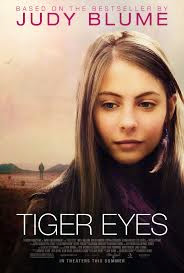 I basically chose this because of Willa Holland and the fact that Netflix didn’t say much about it. From the description I thought it was just going to be a corny love story where a girl finds love in a new town after her dad dies but its not. And that caught me by surprise. It reminded me of the movie Keith in a way but it had a happier ending. For the entire movie we’re left wondering how her dad died but then when she’s telling us how he died I was sort of wishing it was different.

Onto music! 😀 I have been loving the new music for this year. After I stopped listening to Rude by Magic! constantly I found some other cool songs. Of course I am in LOVE with Fancy by Iggy Azalea so I’m definitely going to get her album.

New song number 2 issss Stay with me by Sam Smith. I saw this song title a couple places but I had never heard of Sam Smith before but then I realized he is the guy who sings with Disclosure for the song Latch and he sang with Naughty Boy for La La La and i LOVE those songs! So yea I love his song but mostly I love his voice so that is another album I’m going to get. 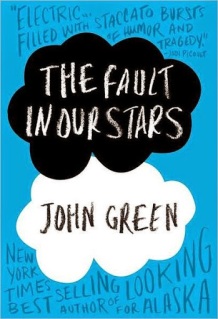 I have it on my computer and I’ve been meaning to read it but I keep hearing that its really sad and I’m not sure I want a sad book right now but I want to read it before the movie comes out 😦 So I’m going to watch it while I’m here in Montreal so that I actually know what these references are about. Right back to the Ed Sheeran songs. I love sing and now I love All of the Stars and I also love his other song One. His songs all seem so personal but yet everyone can relate to them.

Ok that’s a lot. I’m also now hooked on the game 2048 and I even had a dream about it last night which was a bit strange but I’m addicted. So that is what I’m going to do now before we eat dinner which smells amazing right now!