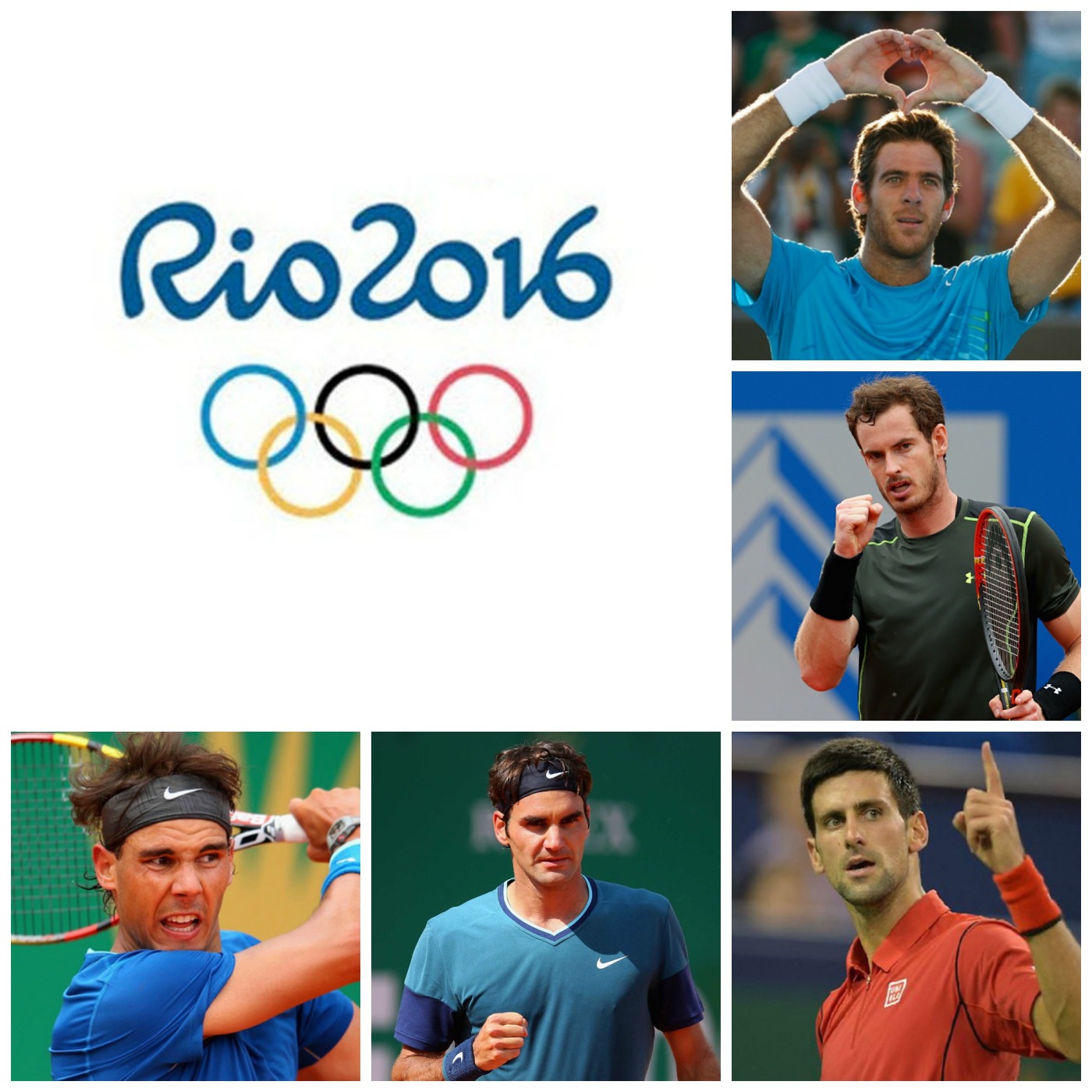 We are now less than 90 days away from the Rio Olympics!! Its’ about that time to see which athletes are in shape and ready to compete and which ones are starting to feel the fatigue from the previous season. All athletes know how important it is to peak at the right time and not to push too hard coming up to the big events but you still have to know what you’re capable of doing. There are a couple tournaments that help us, the viewers, see who the front runners are coming up to the Olympics and Tennis is having the perfect showcase to see who to look out for. There are a bunch of different tournaments going on now and the best in the world are competing. There are a couple different things happening with this Olympics. For one its going to be played on a hard court instead of a grass court. Grass courts are the fastest court there are and were once the most common but with high maintenance costs, hard courts have been used more recently. Hard courts give the ball a more constant bounce but can vary in speed. Grass courts are better for the human body though because of its softness.

Currently the tournament to watch is the Rolland Garros (played on a clay court) which kicks off from May 16th to June 5th. This one is played on clay so it’s expected to be an exciting one to watch as the players scramble and slide to get the the ball.One person who will not be playing here is the Bronze medal winner from the last Olympics, Juan Martin Del Potro. 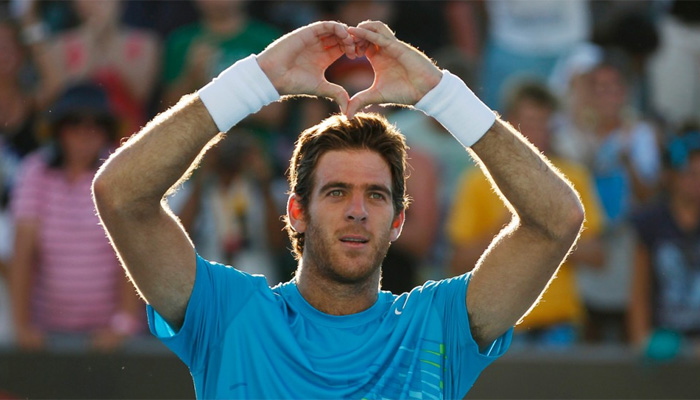 He’s been one of my favourites to watch since he came onto the scene in 2008 (probably because I think he has the looks of a movie star) but he’s been plagued with recurring injuries for the past two years. Namely his wrist. In the 2014 season he had surgery on his left wrist to help fix the problem and since then, he’s been working to make his comeback but hasn’t played any back to back tournaments since his surgery. Until now (we hope). In a recent statement he decided to withdraw from the French Open so that he can focus on the grass tournaments (the Olympics are played on a hard-court this year though, not grass like last time) and play consistently, giving his wrist time to recover more. To me this all seems to be a great sign that he’s working to become Rio ready.

Now we can get into The Big Four in Tennis. First is world number 3, Andy Murray. 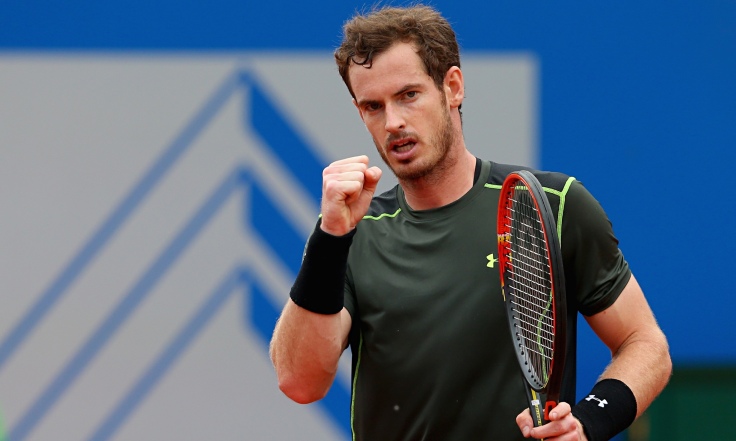 Andy Murray was the Gold medalist from the 2012 Olympics, winning over top seed Roger Federer in the final. Like Del Potro, Andy’ big year came in 2008 when he played his first Grand Slam Final. Since then it seems like he’s been on a upward trajectory winning title after title. In 2013 Murry decided to have surgery on his lower back to help with the problems he was experiencing since the previous season. After his surgery it took him time to get back the rhythm he had before and went through a period of losing matches and also changed coaches. By 2014 it seemed like he was back to his normal self of getting to the quarter finals and semi finals of tournaments. Most recently, Murray defeated Novak Djokovic in the Italian Open, making it his first one.

Next in the big four is the current world number 1 and someone many say is the best returner of a serve in the history of the men’s game.

Novak Djokovic is one of the most exciting players to watch. From his pace and precision which allows him to force his opponents to be in constant motion. From watching him play, its clear to see why he is known as one of the best movers with his great agility, allowing him to have impressive court coverage, and his ability to hit winners from what others may think are defensive positions. Some players play with power, Djokovic plays with great technique. Even if he wasn’t currently ranked at number 1, he is still one to watch having only just lost to Andy Murray in the final of the Italian Open. Like any great player he has accumulated many rivalries throughout his career including the former world number 1’s Roger Federer and Rafael Nadal. 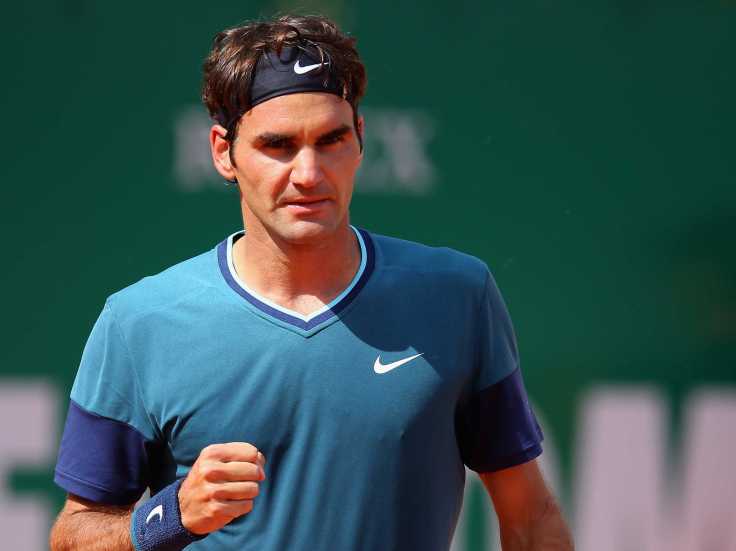 As some players perform better according to the surface they play on, Federer seems unfazed. He is an all-court player best known for his speed and winning shots. You can tell he’s playing by the way the ball sort of floats across the net with seemingly little effort made. He plays with a single-handed backhand which gives him a wider variety in the shorts he can play. He is a great manipulator of the spin of the ball, using backspin and topspin for winners and has added a few new shots to his arsenal such as the tweener, where he plays the ball between his legs, and the SABR (Sneak Attack by Roger), where he rushes the net when his opponent throws the ball in the air to serve. Players have a hard time reading his serves as for one he uses the same ball toss regardless of what serve he’s going for as well as the fact that he turns his back to his opponent during his serving motion. Like Djokovic, he is a technical player and has great placement of the ball which allowed him to reach the final of the Olympics in 2012, losing to Andy Murray in the finals.

The last one in the big four is a name everyone knows, Rafael Nadal. 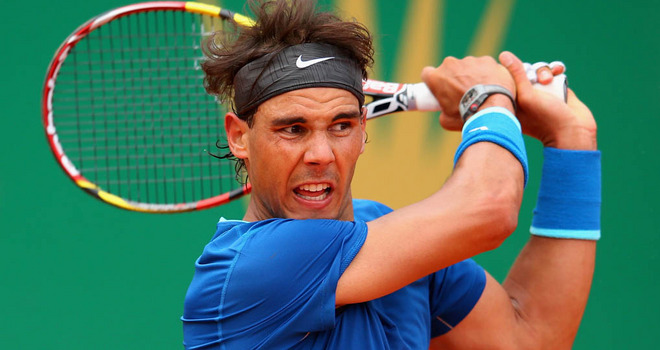 Nadal is one of those players who not many can say they have beaten. Known as “The King of Clay” he is almost impossible to beat in tournaments played on clay such as the French Open. He plays a heavily aggressive topspin game with fast footwork and is able to cover the court easily, making him a very hard person to win against. The only players that have won against him more than just a once or twice fluke are Roger Federer and Novak Djokovic. For a time I seriously thought that only Djokovic could win against Nadal and that somehow Federer just couldn’t do it. But he has, not as many times as Djokovic, Nadal seems to know just how to make Federer fall off his game. He did not play at the last Olympics but he did win gold at the 2008 Beijing games. Currently at number 5, he’s not been at the top of his game recently but his past performance proves he can’t be forgotten about when thinking about the front runners going into the Olympics.

Tennis can be an exciting game to watch, especially with these five guys playing. From the seemingly impossible shots to the passion that comes off of them as they play draws you into the game with them. These players have such different different playing styles that even without knowing their names, it would probably be possible to pick them out simply from how they hit the ball. From Federer and his one-handed backhand, Nadal and his fast footwork, and the precision with which Djokovic hits the ball. All in all its going to be an interesting tournament to watch.