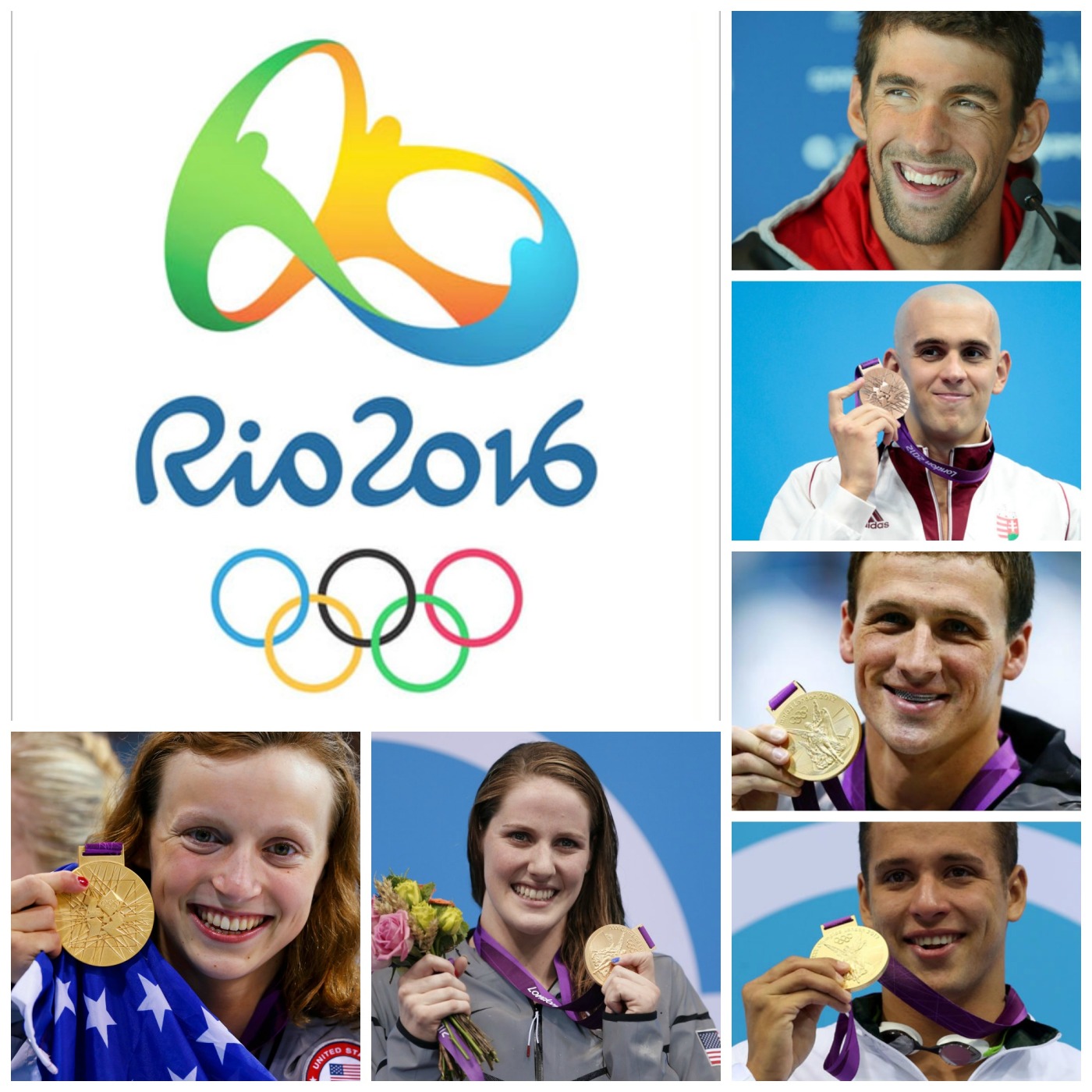 It’s hard to believe but we are now less than 5 months away from the opening ceremony of the Summer Olympics. In the next coming months teams will be named and a select few people from each country will be given the honour of representing their country on an international stage, the biggest one in their sport. But to get there they have to overcome long hours of tough training, pushing themselves harder than before and facing competitors they have only beaten some of the time to get to their goal. Every sport has those two or more people, whether they be from the same country like Nastia Liukin and Shawn Johnson, or not, like Usain Bolt and Tyson Gay (we’ll get to their’s soon), that go back and forth for the top spot in their sport. A longstanding one has been that of Michael Phelps and Ryan Lochte which brings me to my next sport in my Getting Ready for Rio series, Swimming.

Swimming is one of those sports that allows the competitors to win numerous medals in one Olympic Games. There are four strokes and different distances for them to try to get a medal. Most other sports give you only one shot which is probably why swimming spans almost the entire length of the Olympic Games. From the qualifiers to the finals of all the different races it could all take a while but there are a few names that you should be used to hearing. The obvious one is Michael Phelps. 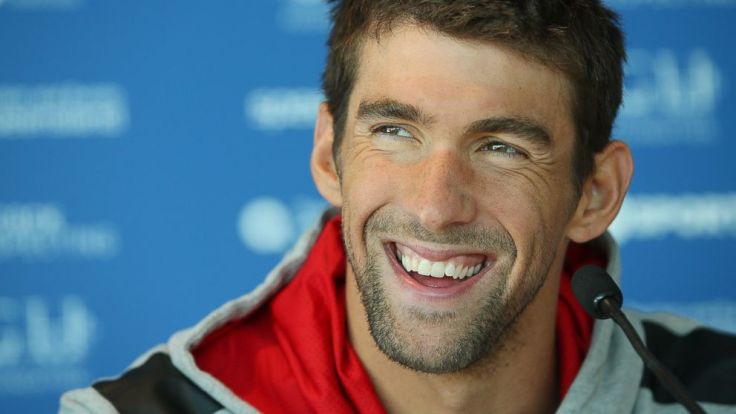 He’s dominated the sport since 2002 and is now the most decorated Olympian of all time with 22 medals to his name. Even for someone who competed in 3 Olympic Games so far (Rio would make it 4) it’s a really impressive number. His first Olympics came in 2000 where he became the youngest male athlete to make the U.S. Olympic swim team at the age of 15. Even though he didn’t win any medals, making the finals in the 200m butterfly gave him the confidence and determination to continue training and to come back even stronger. It also cemented his name is many other’s minds from making that final alone. In his earlier years his pet event used to be the 400m individual medley. Phelps seemed to have an endurance that no one was able to match and he continued to dominate events through numerous swimming championships, world championships, and Olympics. When he returned to the Olympic stage in 2004 he went home with 6 gold and 2 bronze medals, many of them with world records. As he got older he began dropping the sprinting events off of his roster, focusing on the 400m and 200m events. Or so we thought. He came back to the 2008 Olympics in Beijing and won the 100m butterfly in what was said to be his busiest Olympic Games. This schedule allowed him to do what no other athlete has been able to do, win 8 gold medals in one Olympic Games. With the 7th medal already one, it was somewhat ironic that his 8th would come down to his team mates and not solely on how well he is individually and boy did his teammates step up to the plate. Jason Lezak even wore a special suit to cut down on his leg time. It’s things that this that either make Phelps an incredible athlete to look up to or can make him a target for others to bring down. Sometimes it can all happen at once.

This has been the case with Laszlo Cseh. 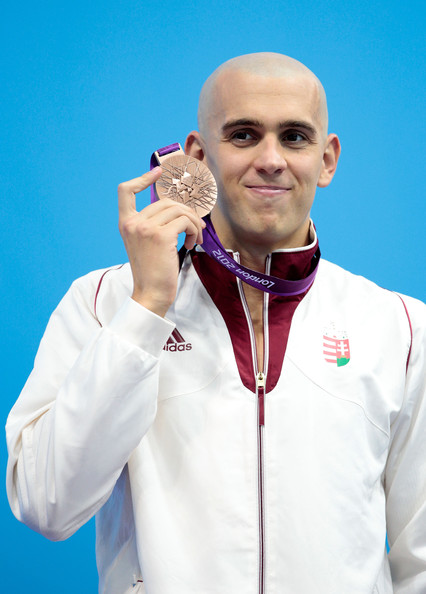 Throughout the years of competing for Hungary, he has sparked attention by finishing closely behind Michael Phelps in 3 races at the 2008 Olympic Games. He has proven to be a formidable opponent to Phelps, but has never been able to beat him. In one interview, he calls Phelps “an alien” as if to say that the talents that Michael Phelps are unmatched on this world, that is until Chad Le Clos busted this myth. 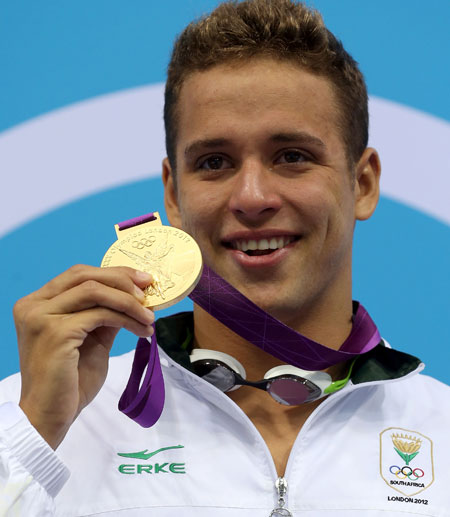 Representing South Africa, Chad Le Clos became one of the few swimmers that have been able to out-swim Michael Phelps in the 200m Butterfly at the 2012 London Olympics. Even though its widely said that Phelps wasn’t at his peek fitness, it still stands that Le Clos was able to win an event over Phelps on the largest stage possible for the sport. Recently, as Phelps missed the 2015 World Aquatic Championships due to a ban for a DUI, Phelps had said that the times at the Championships were slow, as if to imply that without him, athletes weren’t being as pushed to swim faster and were just swimming for medals. Le Clos smashed this theory by swimming a 100m Butterfly time that even Phelps hadn’t done in over 4 years. In reply, Phelps swam a world record 100m Butterfly at the U.S. National Championship held in San Antonio.

The question I have coming up to the Games is how has Phelps’ change in training changed his swimming. So far we haven’t seen him swim against international competitors since the last Olympics and he has been spending more time in the gym with weights than before so the questions is why the change? I mean he’s obviously been doing well with his previous workout plans so what sparked the change? There’s also been talk about him dropping ht 400m IM so he’s not going to have a busy schedule anymore but does that mean his endurance is lower or what? This is just going to make watching him at the Olympics (especially if its the first time we see him in an international field) even more interesting.

With these three swimmers going back and forth it’s hard to believe that there is another male swimmer in the mix. Less vocal about winning is Ryan Lochte, a swimmer some say has always been in the shadow of Michael Phelps. 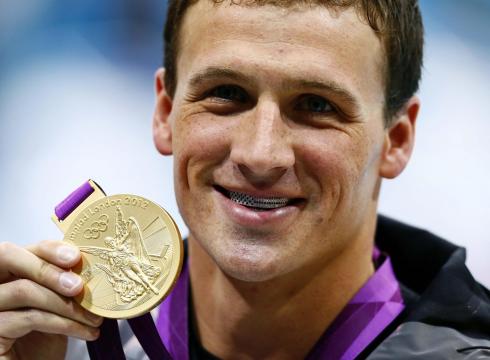 Upon the announcement of Phelps’ retirement after the 2008 games, many said it would finally be his turn to shine and win some events but alas, Michael made a come back and once again dominated the events at he 2012 Olympics.

There are also up and coming, and younger, swimmers that are new to the scene such as Ryan Murphy who is a backstroke specialist and has had all of his personal bests in 2015, a great time to be on the rise. At the 2015 World Aquatic Championships he helped the American relay team to the gold medal in the 4x100m medley relay. Also making a name for himself is Kevin Cordes, current record holder in the 100m and the 200m breaststroke. He was also a member of that gold medal relay team at the WACs. Of course there are those returning to the field that will also make the trials something to watch. Nathan Adrian and Matt Grevers  who helped Phelps get his gold medals at the 2008 and 2012 Olympic Games as part of the relay team are still in good form and performed well at the WACs. Then there is James Guy from Great Britain who won the 200m Freestyle at the 2015 World Aquatic Championships.

The women’s side of the sport has a lot less drama than the men’s. At the last Olympics, an exciting new name to the American team was Missy Franklin. 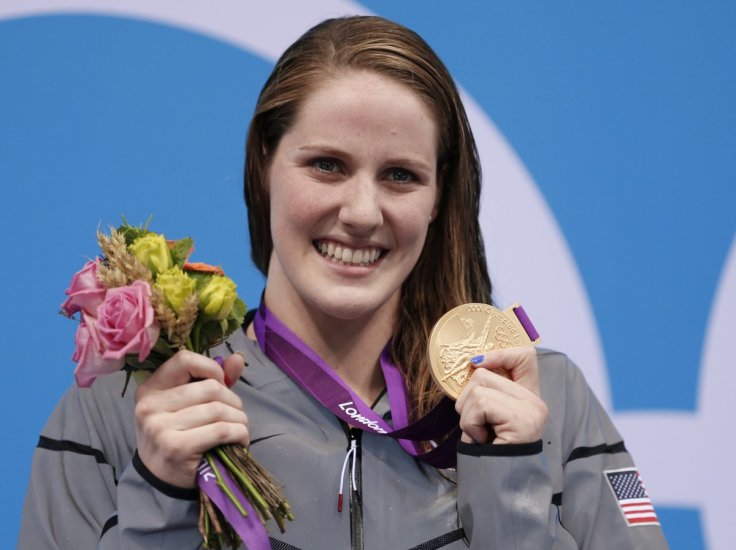 As young athlete she made her Olympic debut at the age of 17. She won 4 gold and 1 bronze. As two of those gold medals were from individual backstroke events, she made a name for herself as a stroke specialist and was able to contribute significantly in the relays, putting up personal best splits for her legs of the relays. She followed up those achievements this past year with a bronze medal in the 200m freestyle and the 200m backstroke.

Another young one on the scene is Katie Ledecky. 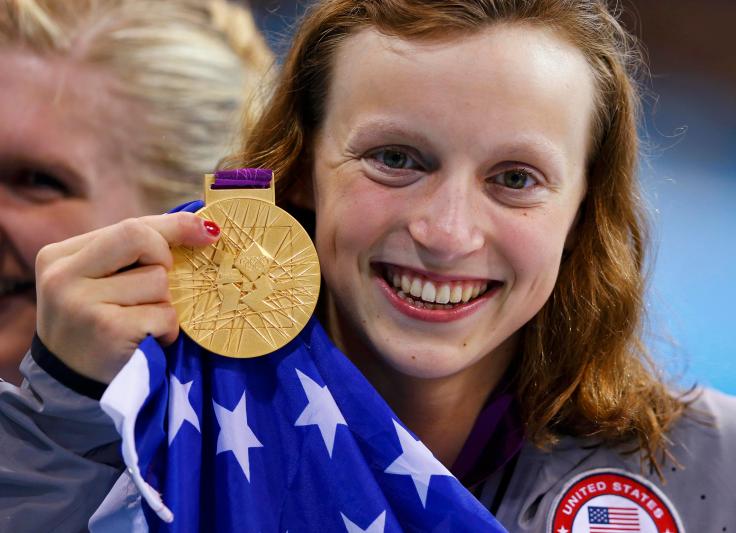 She made a huge splash at the 2015 WAC by winning the 200m, 400m, 800m, and the 1500m freestyle. That’s 4 gold medals at one international meet after surprising the world by winning the gold medal in the 800m freestyle at the 2012 Olympic Games where her time shattered a national record which stood since 1989. All of this at the rightful age of 18.

Apart from the American team there are many other international swimmers making their mark in the sport, many of them hailing from down under. Bronte Campbell, one part of the sister duo from Australia, is a freestyle specialist who made her mark on the 2015 WAC winning both the 50m freestyle and the 100m freestyle with her sister Cate clinching the bronze in the 100m.

Another name you may be hearing a lot of is Emily Seebohm, also from Australia. She performed well at the 2012 Olympics, setting an Olympic Record in the 100m backstroke qualifier and getting the silver in the final.

Overall, the swimming events at the Olympics are going to be entertaining this year. the men’s side has such a deep field of new comers and those returning for further glory. The women’s side is more surprising than competitive. There are so many newcomers that everything is somewhat up in the air. All it takes is someone who is out there swimming for the thrill of it to come up and take it all. Everyone likes an underdog.

A cool little tidbit is that for the first time, a male Jamaican diver has qualified for the Olympics in Rio. Yona Knight-Wisdom finished in second place at the Diving Wold Cup in Rio last month which qualifies him to the Olympics!. Even though he was born in England, his father is Jamaican and his mother Barbadian (Bajan in his blood so he’s repping Bim and the Caribbean regardless of which country he represents)