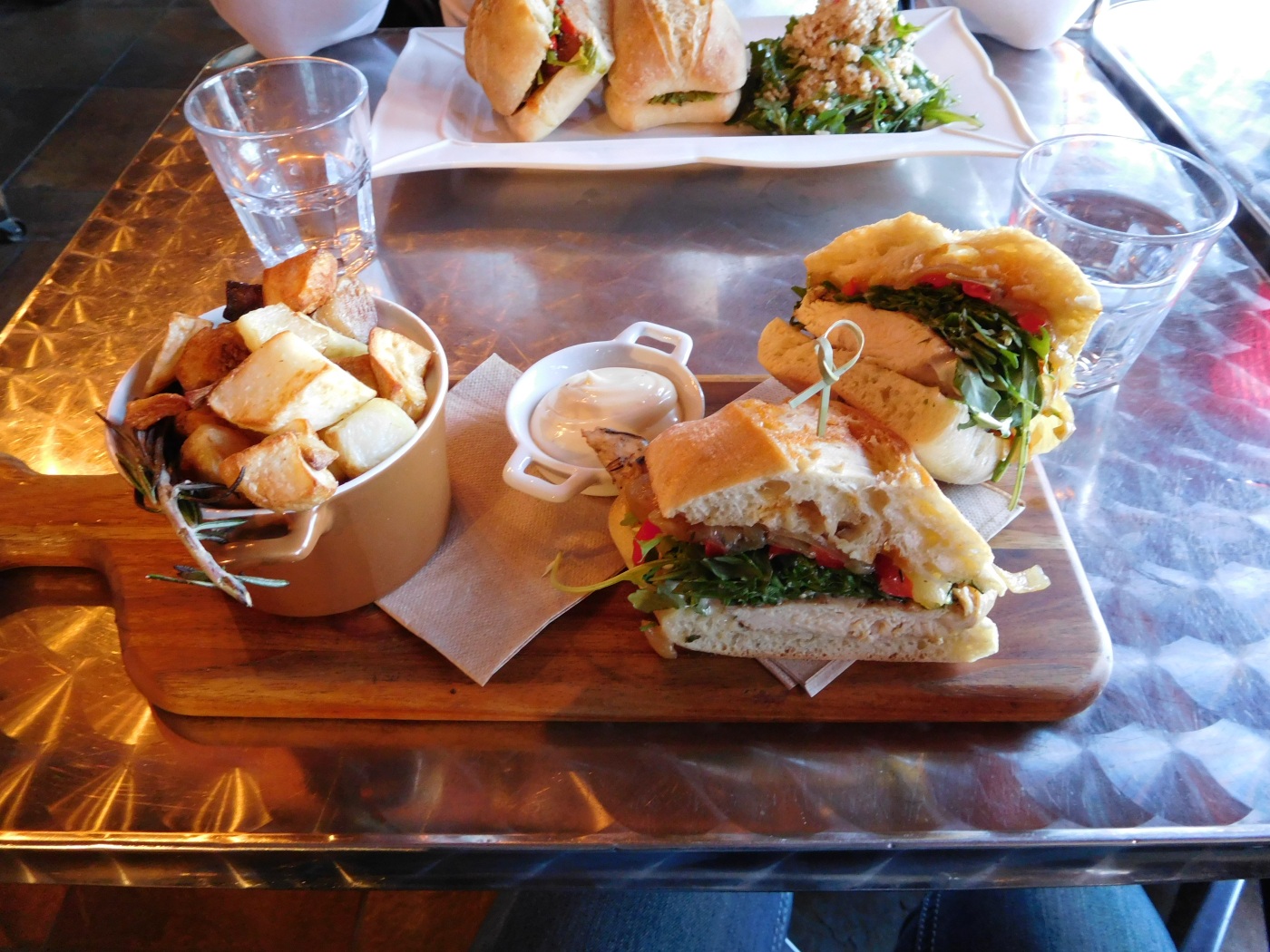 As I’ve said before, a lot (if not all) of my time spent going out is to places to eat when I’m in Montreal. Whether it be breakfast, lunch, dinner, movies, or brunch, I’ve eaten at quite a few places here, all great but different. My favourite is still (and probably will always be) Smart Burger where I religiously get the Bourbon Street burger, no mushrooms (just because they make it messier). I think the only place that rivals my love for there is SmashBurger. On Friday we had a bit of an excursion down to the Old Port here in Montreal with the initial goal of trying out Tommy Cafe but it was full to capacity in there. Just from the outside I was curious about it. It’s in a really old but renovated building that you can tell has a long history and has seen a lot. As we walked through to decide if we were going to stay there, you could tell that they tried to keep the feel of the building in what little space they had. It is a small space but with the vaulted ceiling and the addition of mirrors make it seem bigger.The exposed wood and the high ceilings made it feel cozy but still had the feel of a modern place. In the end it was full so we ventured back into the cold to see if anywhere else held our interest.

After a bit of walking and looking into random shops we settled on a quaint little bistro attached to a shop. We found a cute little bistro with a store attached to it called Le Magasin General Du Vieux (I actually ate my entire meal there without knowing what it was called). There were a few tables inside leaving it intimate and cozy and in the middle of the room was grand piano with a guy quietly playing as others ate (he played the Harry Potter theme song at one point which had me freaking out). This place just had a very homey feel to it. Since I’m somewhat lactose intolerant I was trying to avoid the meals with loads of cheese or dairy like the mac n cheese or the pizza so I did the usual Bajan thing and got a chicken sandwich. Probably the safest thing to get when you don’t know what to order. It was a little more than the basic chicken sandwich you would get. I was a grilled chicken breast with roasted red peppers, caramelized onions, and arugula with a side of roasted potatoes (she called it potato salad but whatevs) and their special mayo. 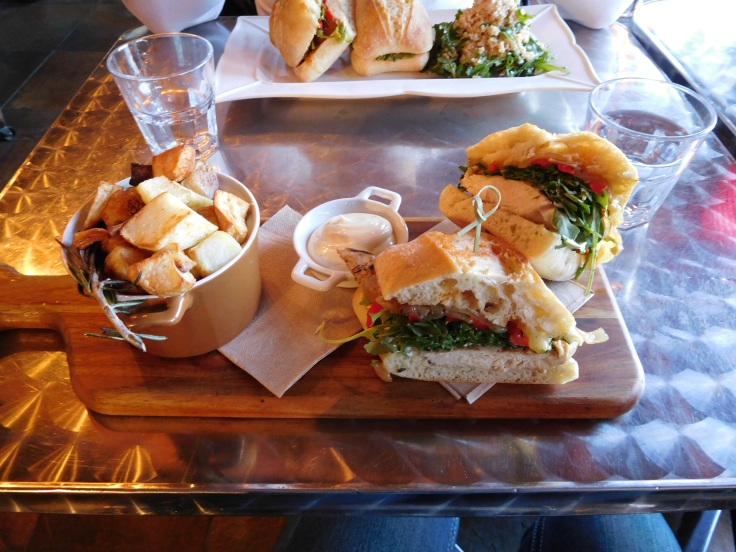 Nick got the Italian sausage sandwich with a side of quinoa salad.

The presentation for their dishes are really great. From the cutting board like plate my sandwich was served on and then having the sandwich open to see exactly what was in it was a plus, especially when eating at a new place. My sandwich was very flavourful. The caramelized onions and the roasted red peppers really complimented the flavours of the grilled chicken which was far from dry. The mayo didn’t really add any great taste to it but it did help with the potatoes which were a bit soggy for roasted potatoes but still firm enough to be edible. To me, someone who doesn’t add much salt to anything, they were a bit salty but Nick thought they were fine. It was also interesting how they incorporated vegetables to the dishes to add a healthy aspect to it as well as great colour.

Nick said he didn’t really like his sandwich as much as mine, so much that he didn’t even let me try it. He did however like mine. I feel bad that I didn’t get a picture of the outside of it but it was so cold that taking your hands out even for a little while would go numb quickly but I’ll leave their website here. They do close at 5 but they close their doors around 4/4:30 so time your trip there accordingly.

Overall I was very happy with the meal and experience. We couldn’t stay for dessert simply because we were too full but they had a chocolate lava cake that was very tempting. There was also a tea/coffee that someone else had that looked interesting but we couldn’t find it on the menu and felt weird saying “I want what she has” but maybe next time. If you guys happen to go there let me know what you ordered and how you liked it. 🙂