Umm WOW it’s been over a month since my last post (blame school) but I honestly haven’t really been doing anything other than studying. I finished my last full semester at Pace and I graduated!! (well I walked in graduation, I still have 1 more course to finish right now) Yaaayyyy Meeee!! I basically spent the 3 weeks coming up to finals week in the library for about 10 hours every day and I kind of got sick on the last day simply from being exhausted. That sucked a lot and I spent my first day of summer in bed. That weekend my dad flew in so I got to spend a lot of time with him and my family. So yea, it’s been a long time but not that much happened.

Before all the graduation stuff I got my hair done and it actually feels a lot longer than before even though it doesn’t look it. 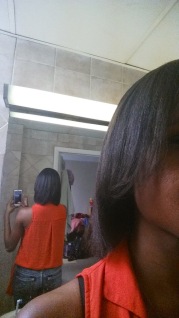 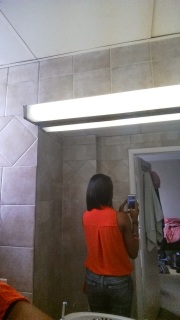 So yea that happened. It was longer but she actually cut out a layer so now my hair is basically the same length now :).

I can’t even remember half of the things that happened before/during finals so I’m not even going to try to remember anything to write about. That leaves graduation weekend. First I went to my cousins’ dance recital for Alvin Ailey. For all the times I’d come up to visit them I’d never seen them dance so this was a big deal for me. I spent the morning basically saving up all my energy for it since I was kind of maybe sick but I really wanted to go. The show was actually really good. The stand out performance was a jazz piece that was so full of energy and the costumes matched that. What this really showed was the difference in the ballet and dance I’d done in Barbados which was RAD (Royal Academy of Dance) and then the American way. RAD required such more precise technique and had more of a old classical feel to it. This had more of an emphasis on performance and grandeur of it all. It was nice to see the difference and to actually see a difference. It sort of made me feel part of the dance world again, like I hadn’t completely lost my touch.

The next day, at 8am, was graduation number 1, Robert’s graduation from NYU. The only graduations I’ve gone to were either my own so I never really got to see how everything worked or Claire’s in Barbados where I wasn’t even paying attention. So this would be the first one where I would actually be paying attention and my first one to attend outside of Barbados. I don’t know why I put so much pressure on it but I felt like I didn’t want to mess up. With that I spent about an hour changing my clothes a million times. The day wasn’t even about me but I still felt like I shouldn’t be under-dressed. In the end I was pretty happy with my/Claire’s choice. 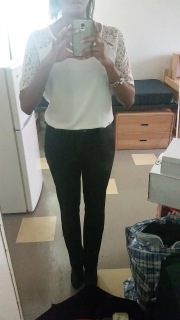 Yea I was packing up my room in the middle of all of this so I was pretty tired and exhausted at the end of it all. Of course, me being me, I was really early and got there before anyone we knew but I’ve come to accept that I’m weird like that which is ok :). I spent most of the graduation trying to take in focus pictures on my dad’s camera and kicking myself for not bringing my simple one to take my own pictures. With that I had to make sure that I got all the good pictures on Robert’s phone so that at least he would have all the memories from his day. Then we moved on to laughing at all the weird names and how badly the announcer was saying them. We also tried to be the loudest crew in there since there were a lot of us but some families were really loud. Then a graduate walked up on stage with their new born baby which just stole the show. When Robert walked across we screamed and screamed and then in all of the excitement we didn’t get one decent non blurry picture. Everything just went so fast and he walked across before his name came up properly but we do have a couple of his name and his back…..Another thing I feel bad about. We then went to lunch at a close by restaurant since a lot of us hadn’t eaten breakfast. 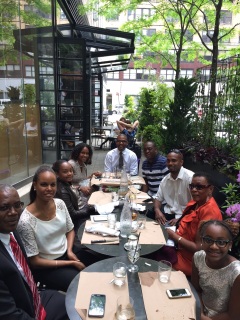 It was a really great day which was topped off with a nap at my uncle’s house afterwards, my kind of day. After that I was consumed with the stress of packing up everything, unpacking things my dad packed that shouldn’t have been packed yet, and then repacking everything in about 2 hours. The move wasn’t so bad since it was just a pick up and drop off situation. I was staying at my uncle’s house until my dad left. Then came my own graduation. For some reason I was extremely calm and I wasn’t nervous at all. I planned almost everything through and did my hair in flexi rods the night before so I felt good.

The morning of, we got breakfast like usual and I began to get ready early so that I wouldn’t have to rush when it was time to go. The stress came at the end when I was picking up all the small details. At some point, my dad left the room and went outside leaving me to finish getting ready which was fine. Then I was hearing them shouting to me to hurry up, from outside. Not making any attempt to see why I was taking so long or if I needed help. That put me in a bad mood instantly. The one day I wasn’t supposed to be stressed out and rushed. Anyways, I somehow struggled outside with my name card to be read, my cap, gown, purse, 2 pairs of shoes, hoodie, and house key, by myself, while they took pictures. Of course I was silent the whole ride there and got even quieter when we were stuck in traffic for over an hour. There were times when I contemplated just not going and turning around to go home. But I figured my dad wouldn’t let me and give me some speech about how I was overreacting. He might have been right but I was still late. When I got there we still had to walk a way because of all the traffic. Everyone I knew was already inside and I didn’t really feel like taking pictures but that was something I knew I would regret not doing. There was also the stress of forgetting tickets but that was something I had no control over so I tried my best not to stress about it. Once I got inside it was fine. I found Jason and milled around looking for other people we knew. Graduation itself was good. We talked through it and that made it so much more enjoyable. I can’t imagine not sitting next to someone you know to talk about stuff and make snarky comments about things. 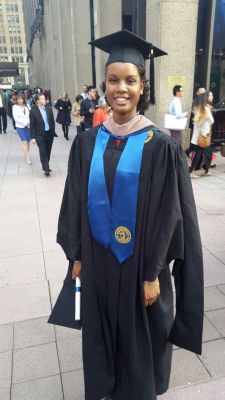 Afterwards I got my beloved Sbarro as my treat and we went home. For a while after we toyed with the idea of my dad extending his stay but that didn’t work out.

Anyways, now that all the fuss is over I can now concentrate on my last course and job hunting. I also want to get through a couple book series and work on my own writing since I now have time. Sometimes I think I’m doing too many things and then I lose track of what I should be doing first so that is also something to work on. Like now I should be getting ready for bed but I’ll probably end up finishing my book first.