I finally have a little down time and figured I could as well get a post out. It’s been a crazy couple of weeks. Getting through the semester while working on graduation stuff while looking for a job is a lot of work. On top of that I have to find somewhere to live in May. No pressure. It’s just 2 months away. I have family here but I can’t really expect to live with them until I find a job. That’s a bit too much for them to take on. Even I know I eat too much. I sort of found a mentor which is a great thing. I just need to keep in contact and not be scared to ask questions. I’ve realized that’s something I do. I don’t ask questions thinking I can just research it later which I hardly ever do and then I’m left asking questions at the last minute. Not this time. This week is just a “get through the week” week. Next week is spring break and I’ll be headed to Dallas with Nick!! It’s only for 5 days and I’ll have a whole ton of work to do but I won’t be working all day all the time so we can go sightseeing. And I really really want to see Charm who’s been a family friend since I was like 12.

The weather here is so weird. We had a snow storm last Thursday which closed Pace and now not a week later its practically full on spring. Like if that snow was just one last push to make everyone miserable. I’m not complaining at all. One step closer to summer. I don’t even know why I’m excited for summer. I’m doing a summer course and I’m not even going home to the beach. I guess I still like the thought of summer more than what I am actually going to do this summer.
Recently I’ve been trying to keep/get back in touch with my friends. I have a habit of getting caught up in my own world and its only when there’s a crack in my blinders that I realized its been about 3 months since I’ve talked to someone besides Claire and Nick. Not healthy.
Today I also started back my pilates which was soo soo needed. After I got back from Canada I think I had a snickers almost everyday for about a week and a half. 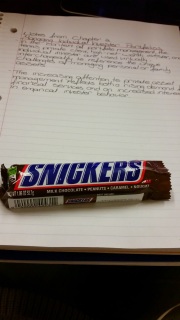 There was also the random day that I had 2. I know its shameful but they’re so GOOD! I’ve stopped eating them now, mainly because the cafeteria didn’t have any for the past week so I’ve gone back to my Oreos. I’m trying to stop eating them and to have grapes instead but sometimes the grapes at school are so bruised and they’re more bruised ones that actual edible ones. I need to do some cardio somehow and I have no idea how I’m going to get my pilates done when I’m at family for the summer but I’ll figure something out. Or I could not do anything and watch myself get fat.
I’ve been re-watching a tv show that I watched a couple years ago, 3 years ago to be specific. Hollywood Heights.

It’s like a soap opera because 1 day in their world lasts like 3 episodes. I don’t know why I like this show but I’ve been binge watching it for about a week. The music in the show also isn’t so bad. There’s this one song that I absolutely love from it called You’ve Got This Hold on Me by Cassidy Ford. What’s annoying is that I can’t find this song on my Pandora so I just replay the Youtube video all day. Oh I also watched a couple movies this week. I watched the new Robocop movie and it wasn’t bad at all! 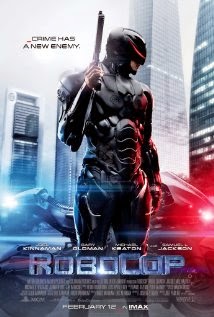 The story line was ok, the action was good, the acting was good. It wasn’t a “scream from the hills” movie but it was solid. It left a little room for a sequel but I don’t think that’s going to happen. When it started my first thought was “Is Samuel L. Jackson in every movie?”. But seriously he’s in a lot of movies.
I also watched Bleach: Hell Verse.

It was a good movie. I still can’t stand Renji’s bankai and I think it’s useless. I don’t see how he wins fights with it. Seeing bleach go hollow was awesome as usual and seeing Rukia fight was also good. I so wanted to see Ichigo’s dad in on the action. I miss watching bleach. Since I watched it on Netflix I could have watched it dubbed in English but that hurt my ears. How can people watch Japanese anime with English coming out of their mouths?? Plus from watching it with subtitles you can learn some Japanese words along the way.
Last but not least I watched the Halo 4 movie. I only heard about this movie because the guy who stars in it, Thom Green, was in Dance Academy and I convinced myself that they killed him in Dance Academy so that he could shoot this movie. 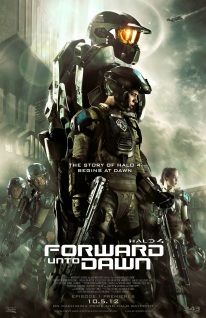 The movie has a slow start. It gives a lot of back story and some useless information in my opinion. Some of it was repeated making saying it first time useless. Like saying they’re the children of other soldiers was repeated soooo often. One of the twins from Teen Wolf was also in it which was a surprise to me. I wonder if it was the same twin that died in Teen Wolf, therefore carrying on my “kill them off in other show so that they can shoot this movie” theory.
Speaking of Teen Wolf, the new season starts in June!! It feels like I haven’t seen a new episode in a year but I think it’s just been since September. That’s still a long time though. I’m excited to see Mike from PLL on Teen Wolf. If he dies in PLL that shows that my theory is right. Although, Isaac didn’t die in Teen Wolf for him to be in The Originals but I heard he specifically asked not to be killed off so he doesn’t count.
I hope they do another Halo movie with the same actors. I’m curious about what’s going to happen next and I want to see more of Master Chief. I think I’m curious now that I finally finished the campaign for the game. During all the action scenes I could picture my sister playing and screaming “SWORD” every so often and running far far away from the fighting to wait for the map to change. I promise we’re better players now though.
Anyways, I have to go wash my hair and find new workout exercises to add to my workout routine. Right now it only lasts about 45 minutes and I want about an hour of exercise. Oh and I want to add more stretching to it so I’ve got some research to do on Pinterest. 🙂
Bai!!