I’m baaaaack!! I sort of went into a dry spell when I was studying for exams and then with Christmas vacation I was just enjoying having the time off. Now it’s my last couple days at home and I’m trying to get back into study mode. So what have I been up to for the last two months? It’s hard to believe I haven’t done a post in that long.

So first there was Thanksgiving. I had bronchitis for thanksgiving which totally sucked. At first I thought it was just the flu, but then the coughing came and I knew it was bad. I went to the clinic and got my antibiotics which weren’t too bad. I stayed with my cousins for Thanksgiving which was great to be around family during the break. We went to watch The Hunger Games: Mockingjay part 1 which was really good. 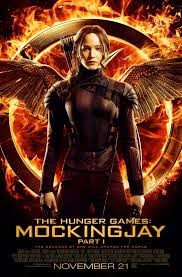 I like that they split it into 2 movies to make sure that it gets in everything. It’s been so long since I read the books that the details are a bit fuzzy for me but I still think they did a good job. The underlying themes are still the same which is important to me.
We also watched the Penguins movie, but it wasn’t really worth the hype. 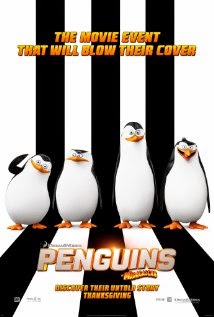 There were some funny parts but they were so far and few that you kind of forget them. The overall plot and resolution lacked depth and it felt so weak. The kids seemed to like it so it might just be that I’m not their target audience.
After the break of Thanksgiving came the stress of finals. Finals didn’t go as well as planned but they still went well. I finished and felt happy with what I did and I was just happy they were over. That left me an entire day to pack and finish up my Christmas shopping.
Somehow, with an entire day to do everything, I still ended up rushing at the last minute. I almost forgot my laundry in the dryer and when I did get it, I seemed to have lost my turbie twist so I need to get a new one of those. I cleaned up my part of the room though so that got done. Then I forgot to drop in my key card so I had to go back to do that. Anyways, coming home was worth all the forgetfulness and stress of rushing. I took the overnight flight from New York to Barbados so I got in at like 2:30 in the morning which threw off everyone’s sleep pattern but Nick was there to pick me up and he slept over which was awesome. Coming up to Christmas still didn’t feel like a true vacation yet since we were still preparing for Christmas. There was cleaning, shopping and so many other things to do that we didn’t really get to relax until after Christmas. We went to the beach, did a couple island drives, went out to dinner and we were just lazy once Christmas was over. It was great. 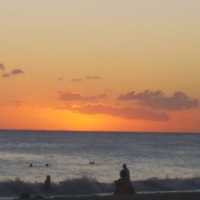 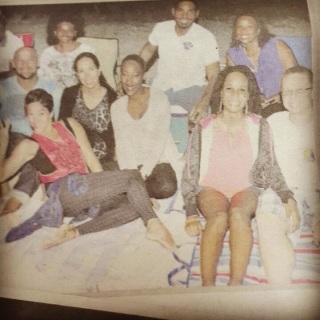 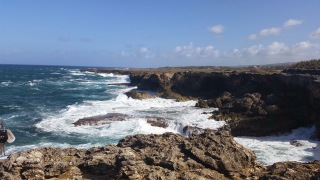 So yea, all in all it was a GREAT vacation (probably my last long one for a while). I go back to New York on Wednesday and then it’s back to Pace and my last semester as a student for a while :(. Time for me to find a job and be a grown up. Anyways, as it is one of my last days here, let me go back to doing nothing 🙂
Byebye!
Carla 🙂