Ok, so there were a couple things I left out of my last post. For one, I haven’t talked about my tv shows for a long time. Mondays are Gotham, Scorpion and The Originals. Gotham is pretty good. The stories stay interesting and as an origins story it stays on track with what we expect to have been the life of a young Bruce Wayne and a younger Jim Gordon. I absolutely love how Ben McKenzie plays his part. The only baffling part is Barbara. We know she’s Jim’s future wife but she just left him in the last episode and isn’t she supposed to be Batgirl? I’m not sure how all of this is going to work is Bruce Wayne aka Batman is barely a teenager if so yet. How long does she wait to be Batgirl and how old is she going to be?? 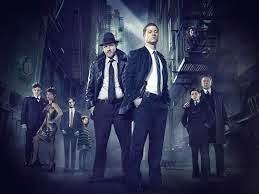 On to Scorpion. E! Online gave this story that Katherine McPhee was going to be singing in an episode (last week’s episode) and she barely sings like 2 lines of a song and it was nothing more than a whisper. We all know she can belt out songs like she did in Smash and this was just a let down. I was expecting so much more and then we got that. I guess I just got my hopes up and then got disappointed. I now see why some people don’t watch trailers for movies. If there aren’t any expectations then there’s no let down. Scorpion is going strong. I still see it as a normalized and more realistic Alphas. I say more realistic because when Nick the genius watched it he still saw flaws and parts that aren’t realistic. It was cool to see that Ralph’s dad is the journalist guy from Scandal. There’s something off about him which I guess keeps people watching to see what’s going to happen. 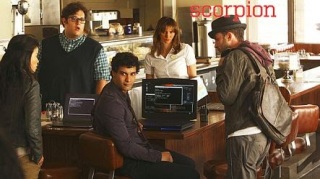 The Originals is becoming a bit like the Vampire Diaries which is a bad thing seeing as I stopped watching The Vampire Diaries. For me it’s going from episode to episode with a drawn out story. Just let their mother and father meet up and have the all out brawl that’s bound to happen since the mother wants to save Klaus and the father wants to kill Klaus. And now with the added factor of Klaus’ real father, there is bound to be a fight between the 3 of them. If there isn’t then that would just suck. 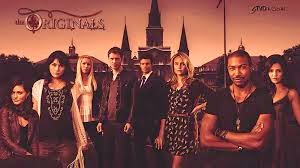 Tuesday is a quiet day for tv shows which means more library time. On Tuesday is only The Flash. I love how there is always an added factor in every episode. From Felicity visiting from The Arrow, the ulterior motives of Dr. Wells and Barry wanting to tell Iris everything. The previews for next week are interesting because it shows the guy that can turn to metal which I’ve only really seen in the X-Men series (tv series and movies). X-Men is Marvel but The Flash is DC so maybe there’s a bit of a crossover there, I don’t know. I’ll have to do my research on that which means I’ll just ask Nick :).

Wednesday is another quiet day for tv. It’s just The Arrow on Wednesdays. This is one show that really keeps me thinking about it for the whole week. Like who really killed Sara now that we know Roy didn’t do it? When is Oliver going to find out about Thea and Malcolm Merlin? In what episode is Laruel going to become the new Black Canary? There’s already a picture out of her in the full outfit so I know it’s going to happen this season. I’m still bummed about Oliver and Felicity and I know if/when Felicity gets together with her boss Ray is going to stir up trouble with Oliver. All in all it’s promising for the rest of the season.

Thursdays have gone through a change. I don’t watch How to Get Away with Murder anymore partially because I have an early class at 9 on Fridays so going to bed so late is not optimal. That and I also got a bit bored with the story. I know everyone is all hooked on it and the risks that they take but to me it focuses too much on maybe 1 or 2 people and the others are a bit forgettable. That’s just me and I don’t know if that’s changed since I stopped watching it but I don’t feel the need to watch it anymore. So that just leaves my Scandal. Let me just say once again that I LOVE JAKE! 🙂 Fitz is starting to bug me a lot. He’s acting like if he’s entitled to have Olivia and that things can just go back to normal. She left for a reason and she chose someone else for a reason. That doesn’t change just because she’s back. Olivia also needs to learn to say no and to walk away from Fitz. If she keeps treating Jake so horribly he’s going to leave her and she’ll just go running back to Fitz. Uggghh. I find it hard to relate to weak willed female characters which makes me not want to watch the show anymore. This is why I couldn’t bring myself to read 50 shades of Grey. Anyways, back to Scandal. I want to know how Olivia’s dad knows everything going on. Well for one he obviously has another informant in the White House which should have been obvious to Olivia and Jake once the other guy was put in jail. We’ll just have to wait and see how they deal with that. 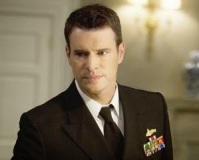 Thursdays also consist of White Collar now. I’m actually all caught up and this season seems interesting. We still don’t know what Neal is up to but we know it has to be big because he went to the trouble of getting a contract. I’m excited to see that Elizabeth is pregnant which makes me wonder if she’s pregnant in real life. There’s only been 2 episodes so there isn’t much to talk about. 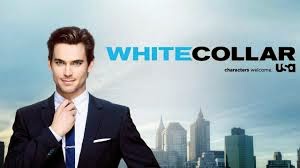 My Fridays consist of Hawaii Five-0. I’m not so sure I need to watch this every week. I can just wait until the season finishes and binge watch it later. The story is a bit annoying in that it’s so drawn out and they bring back old stuff. Like Wo Fat. When are they  just going to kill him and save themselves stress in the future. They finally did that in the last episode but that whole kidnapping thing could have been avoided if they killed him when they had the chance. There’s still no sign of Grace this season and I’ve realized that since they added Grover to the team there is never an episode with all 5 of them in it. This happens whenever a 5th person is added. When Catherine was on the team Kono was having a bit of trouble or whatever. There is never an episode with all 5 of them because its just too many people. At least when Catherine was there she would stay behind and do the research part while the other 4 went out into the field which worked out great. With Grover, he’s out in the field too and it throws off the dynamic between Danny and Steve. They both try to be his second which is weird.

Onto my Sundays. Revenge is so so good right now. Emily’s dad is back somehow and is up to something and she won’t just tell him. Well she did now but it took her forever and Victoria was just playing it up and enjoying herself. If i was Nolan I would have told him straight away but I guess since Emily said not to he couldn’t. Daniel is still stupid so nothing has changed there. All I want to know is where David Clark was for all this time. I am so happy to see Brian Hallisay from Privileged on the show now. Claire and I have a running joke that he never says more than 4 words at a time but I say he’s too good looking to talk that much lol. He doesn’t need that stress in his life :).

Heartland is still a staple for my Sunday viewing even though I end up watching it on Mondays. Nick hates to hear that I’m watching Heartland because I always try to find similarities to our relationship between Ty and Amy (I do it to bug him). This show also keeps my dream to own a horse alive which he also doesn’t like.

Soooo last night was the premier of the Lifetime Aaliyah movie. At first when I heard that Zendaya was going to be a part of it I was sort of looking forward to it, but they she pulled out. This was when information about the project started to come out like the fact that Aaliyah’s parents weren’t a part of it and her own friends like Timbaland and Missy Elliot weren’t asked or weren’t included in it. To me that’s a bit disrespectful and it just shows you’re making a movie just to make a movie. The point of it all is to showcase someone’s life and show the world someone who was obviously loved and respected as a singer and actress. This is just a money making venture and it seemed like they didn’t care about who they offended because they were given the green light to do it. To me, an entertainer of her stature should have a movie on a bigger platform. Not a Lifetime movie. For all the things that she accomplished in her life she shouldn’t be showcased as a weekend movie special. To me she deserved more than that. But now it taints it for whoever wants to do the movie right. It’s always going to be compared to this one. From what I’ve heard, the movie wasn’t that great. The actress they got to play Aaliyah was Alexandra Shipp. She just starred in the new Drumline movie and for me her acting bugged me. She was trying too hard to speak a certain way and it fell in and out a lot. There were a lot of things wrong with that movie. Anyways, I feel the same way about Lifetime doing the Whitney Houston movie. I don’t know if her family was included  but once again as a person of her stature she should get more than a Lifetime movie.

From looking at this it sure looks like I watch a lot of tv but to me these are the only times I’m not thinking about work so its like a bit of a break for my brain which is needed to survive so its not so bad.

Anyways, the library is about to close so it’s time for me to get going 🙂