It’s been a while since my last post of ranting about housing. I’m still in the Brooklyn Heights Residence seeing as everywhere is all full. At this point I don’t really want to move. I’m all unpacked and moving now will only disrupt my studying. I was hoping it would all be resolved in the first week so if I move it would have to be at the end of the semester.

Anyways, classes are going pretty well. After shuffling around some classes I’m still on track to graduate next May *fingers crossed*. This semester is a doosy. I always knew it was going to be harder than the last one since these aren’t purely pre-requisite courses but the amount of reading and work is a lot. I mean you really have to stay on top of everything and really plan what you’re going to do each day with all this “free time”. Right now its a Friday night and I’m trying to get some work out of the way so that I can finally go watch Guardians of the Galaxy tomorrow with my cousin :). 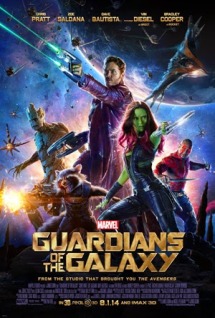 I’m probably the only person left who hasn’t seen it.
TV show wise, I started over watching Suits. It was a big decision to start over and just watch it to begin with since I was so far behind. I’m all caught up on Hawaii Five-0 after starting over so Suits was just next on the list. I’m still catching up on White Collar, I’m on the last season now so there isn’t much left to watch. I also read a book on Tuesday while I got my hair done. This one was called Anna and The French Kiss by Stephanie Perkins. 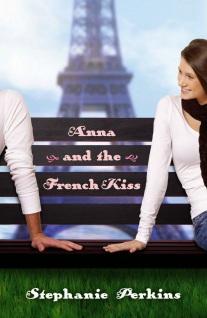 Yea I know it’s not like my other books but I haven’t been able to find another supernatural series like Elemental, Significance and Lux. Speaking of Lux, I read the final book of the series. This is how you end a book series people. I wasn’t left with any questions, no wondering or what ifs. Everything was wrapped up in a bow and that was that and let me tell you it was a GREAT book. I have to wait for the next I Am Number 4 book and another series I can’t remember so I have research to do later.
As I said its Friday night and I’m in my room. I have an early Friday morning class in Midtown so I have the entire afternoon to do whatever and then the night to do more of whatever but today I found myself a little bored with all the tv show watching. I tried to watch Malificent but I got like 10 minutes in while I was eating lunch and didn’t feel like finishing. I just felt like doing something, anything, that didn’t involve me just sitting there. I would exercise but Roomie sleeps all day and night and is on the weirdest sleeping schedule ever. I’ll start my workouts after next week. Next week I have a couple days off so I want to buy some stuff I’ve been postponing simply because I didn’t have time.
Today was apparently a great day to be in Time Square. 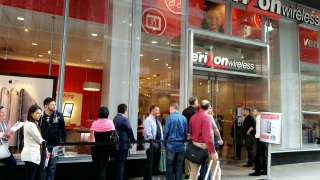 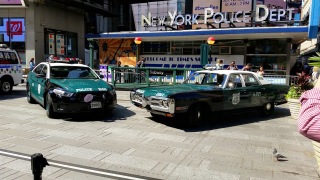 First there were all the people lining up to get the new iPhones, I didn’t walk past the Apple store but I could imagine what it looks like. The NYPD had a couple cars on display and there was a cycle-thon in the middle of Time Square. It’s times like these that I have to remind myself that I live in New York. I did it. I made my dream come true and I’m living in New York. Now all I have to do is work to stay here.
Anyways, I have to get some work done so that I don’t feel guilty going out tomorrow night. It’s starting to feel like normalcy and I’m getting a bit of a routine with everything so I’m not as anxious as when I first got back. It feels good. 🙂
So yea, later!!
Carla 🙂