So once again I have been extremely busy with school and I haven’t gotten a chance to do much other than school work. I can’t believe the semester is almost finished already!! It’s about that time when I have to start packing up to move out.

This whole moving thing is the main reason why I’m doing this post in the first place. Everyone knows that housing in NYC is difficult but housing at Pace just takes it to a whole other level. When applying for housing they say that certain buildings are for upper classmen only as if to say that only the older students can live in these buildings which is great. The reason is mainly because of the drinking age but you would think that housing would at least try to put the students in rooms based on their age or something! No, people are placed where ever there is a bed in a room that should really only have in one bed instead of 2. I understand that they’re trying to maximize the amount of people the sleep in a building but there’s a line to cramping people in a room. When the desk can’t even fit in the room there is a problem.
Problem number 2 with housing is that the graduate students are placed in rooms with undergraduate students. For a university that says so much about their graduate students being adults and independent and stuff, then why are they treated the same as the undergraduate students??? There needs to be a distinction between the undergraduate students and graduate students for housing. Like seriously, why would any adult want to live in such a small room with 3 other people who don’t know the workload that being a graduate student entails??  This leads to problem number 3, why are there so few single rooms available?? If someone is willing to pay for a single room then why can’t they get it or at least take a small double and ask them not to fill the bed at least?? Almost everyone I know who lives in the dorm now is looking for an apartment for the fall. Another issue is that even if you get summer housing here, you still have to move out during that 2 week period between the end of the semester and the beginning of the summer session. *Sigh* Where the hell are international students (such as myself) supposed to go??
For a university that caters to international students and adults from around the world, Pace needs to do a better job at satisfying it’s students. All of this stress could make someone drop out or transfer to a different university. The classes are good but if you have no where to live how can you go to the classes?
On another note, NICK IS COMING TO VISIT!! I am sooooooo sooooooo excited 🙂 Nick will be here next week for Easter weekend so he will watch me do work and then we’ll go out to the movies or something when I’m finished 🙂 I’ve had a little more time on my hands now that midterms are finished but I know it will be short lived so I’ve been trying to make the most of it. There was a guest speaker at school during the week so I got a little dressed up for it. 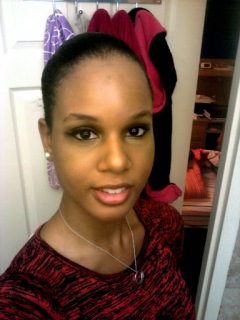 Then that same night Jessimae Peluso from Girl Code on MTV came to campus which was AWESOME and she was hilarious. 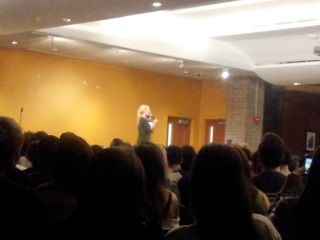 There were these other guys form MTV Ben and Josh that were there as well but everyone was talking so much I didn’t get to hear them much 😦
Today we walked down to the seaport since we finished class early and it was sooo warm out today. I got to wear my new leather jacket (I’ll try to take a picture of it later) 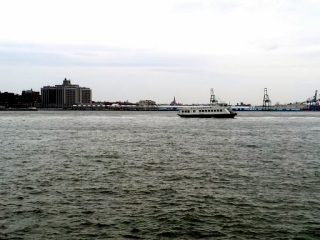 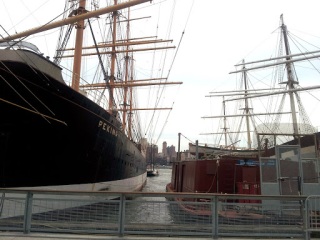 Now I have somewhere to take Nick when he comes to visit. Oh I almost forgot……I WATCHED DIVERGENT!! 😀 😀 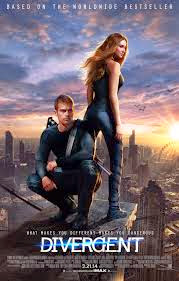 I was soooo excited to go watch it and it definitely didn’t let me down. It got the action and the relationship between and Tris and Four and it was just great. The casting for this movie was awesome. Everyone seemed to fit their character really well. They just announced that the third book is going to be made into 2 movies which was kind of expected since that’s what everyone is doing now since Harry Potter did it first. Either way I’ll be happy once they stick to the book and get all the important stuff in it.
So that’s all that is going on with me right now. I actually have a bunch of work to do for my courses but its Friday night and it’ll still be there tomorrow 🙂