It has been a while but with good reason. I have been so busy with midterms and homework that I’ve been in full on student mode. It’s hard work being a Grad student! Before Spring Break last week came midterm week which seemed like hell. I always get this feeling like while studying for midterms I have retained nothing at all from the previous classes and I sort of stress myself out with studying. Regardless, midterms went pretty well. So far I only have the marks back from one of them but it turned out EXTREMELY great and better than expected. I’m still waiting on the other one but from studying for that midterm I now know almost everything there is to know about Bitcoin.

On to SPRING BREAK!! 🙂 I spent a couple days in Jersey with my family there and just had so much fun doing nothing at all. I slept, ate, and did a little work and it was great. I did some reading (I’ll explain all the books I’ve been reading in a minute) and caught up on all my tv shows like Arrow, The Tomorrow People and Twisted. (I’ve just realized I’m now UN-caught up on Twisted again -__-) I also started to watch a tv show called Alphas

It’s a good show with a pretty generic premise, people with powers, but it’s story line is a good one. Unsurprisingly, I’m almost finished both seasons which I think shows how good the show is and how hooked I am. I just have to mention how ridiculous Teen Wolf was for the past 2 weeks!!

Killing off 1 main character is shocking but to have TWO main characters die is UNREAL!! When Aiden died it reminded me sooo so much of Harry Potter. Killing a twin is just harsh 😦 and it was the straight one 😥 The next season is going to be crazy especially now that (Spoiler Alert!) Isaac isn’t coming back. He’s not dead (Thank God) but he’s gone off somewhere. Probably London with Jackson.

About a week and a half before spring break I went to get my hair done. I was extremely nervous about going to a hairdresser here because I’ve heard so many horrible stories about relaxers gone wrong. Thankfully and fortunately I found a good one. Its a place called Mane Advocates on 35th street and I am sooo glad I found them. The lady who did my hair was Marie and she is really friendly and good at what she does. So crisis averted there :D.

Onto my books. I’ve been reading a whole set of books but for now I’m on a break so that I can get some work done. The first book I read was called Losing Hope by Colleen Hoover.

This is basically her previous book Hopeless from Dean’s perspective which gives the book a whole new light. I honestly love these books even though the story threw me at first when I realized what happened. I think every girl wants their guy to be a Dean but I tend to think that about every book I read.

Book number 2 is the first of the Significance series by Shelly Crane.

I’ve had these books for a while and decided to read every other series I had before I started and I don’t know why I did that. Coming from a book like Losing Hope and previous series I’ve read, Significance had a slow start. It took be a couple tries before I committed to reading it and I am so glad that I did. I am in LOVE with this series. The supernatural stuff is a bit like Twilight but it really carries itself with the story line. All of the books really pull you into the world its set in. Right now I am on book 5 which is called Consequence but I’ve only read like 3 pages but so far its great!

Book number 3 wasn’t like the usual fiction I normally read but it was free on Amazon so I got it. This one is called Waking Up Married by Mira Lyn Kelly. 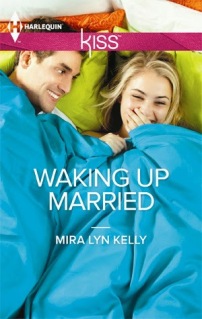 This one was a good read to keep me appeased in between significance books. It is terribly predictable but you still can’t help but like the characters. It reminded me a little of Fifty Shades of Grey but ONLY IN THE ARRANGEMENT THEY HAVE!! It has NOTHING to do with the sex and other stuff from Fifty Shades of Grey!!!

Onto music :). I recently finally got Emeli Sande’s album Our Version of Events.

I already liked a couple of her singles like Read All About it Part 3 and Next To Me but there are a lot of other really good songs on the album. She is such a strong singer and her voice is really easy to listen to. My other favorites are Clown, Breaking the Law, and Heaven. I am also in LOVE with Aloe Blacc The Man right now. I’m not sure if I want his full album yet but I’ll probably get it eventually.

Movies? I FINALLY WATCHED FROZEN!! And boy am I hooked.

The songs, the costumes, the jokes and who could not love Olaff!?! This is the only Disney movie that I can remember not ending in a marriage or a proposal of some sort and its refreshing. I’m pretty sure this is a movie I’ll be watching again, and again, and again…….and again 🙂

It is finally starting to warm up here in NYC and I can finally wear some my other clothes. I’ve come to realize that I am really not scared to wear a lot of color whereas people here keep telling me that with the all the color I’m wearing that I’m getting ready for spring. Now I don’t know if this is just because I’m from the Caribbean where we put color with everything but up here (especially during the winter) they wear a lot of black and grey.

I’ve started back on my workout regime and I think I’ve found a schedule that I can actually stick to. So now that I have it all realistically planned out, now all I have to do is follow it 🙂

Anyways, this is a long one so until next time 🙂