I did it!! Survived another week 🙂 After my snow day came a bunch of homework that i probably should have done over the weekend while I was in Brooklyn. Classes last week were really great and I understood a lot if not everything that was going on 😀

Last Tuesday after the snow day was so incredibly pretty.

There’s a park across the street from Pace that I have to learn the name of that was really pretty. And luckily I walk through it every time I go to Staples (my addiction).

This week we had another snow day on Thursday which was great since I had a test on Valentine’s Day. The test went well and he actually let us leave right after instead of having the lecture so I got my laundry done and some reading.

I just finished a book called Hopeless by Colleen Hoover. 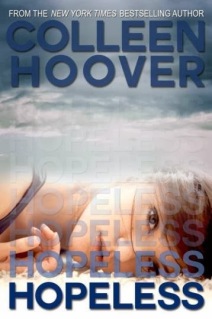 I really and truly LOVE this book. I love how nothing in it is predictable and how the guy is totally honest but still the mysterious type. I’m on the verge of starting the next book Losing Hope but I think I’ll wait until Wednesday when I have some laundry to do.

So a lot has happened since my last post. I changed rooms so I now have a single room (yay!) but it doesn’t have a stove (boo!). I am waiting for my hotplate to get here so for now I still have to buy lunch every day :(. So far I’ve tried Rosella’s which is really good for pizza (which I can’t have) and pasta.

I’ve had the spaghetti and meat balls which is really good and the penne chicken alfredo which was also good but I can never have it again since I’m now apparently full blown lactose intolerant :(. I still want to find a place that sells good rice and chicken. My aunt was telling me about a place to go to at 11:30 to get it fresh but lazy me wakes up at 11 most days so I’ll never make it in time.

I have yet to do some real exploring since I’m busy with school and homework. Unpacking everything and buying things I forgot or never had takes up a lot of time. Watching movies in bed also takes up a lot of that time. My next challenge is to find a hairdresser sooner rather than later. I have a list of a couple I want to call and see how they work and stuff so I just might make some calls on Tuesday or Wednesday to make appointments for an interview.

This is the view from Pace University on the 6th floor 🙂

Everything is so much prettier in the snow! It snowed again last night so outside today should be pretty again :). Yesterday the unimaginable thing happened. I bundled up and left home to go buy some bottled water but when I came back I was sweating a little!! Like serious feeling hot like I walked around Barbados for 10 minutes. Granted it was only like 2 degrees (Celcius) so it really wasn’t that cold.

Anyways, I have a whole set of reading to do and a bit of cleaning up to get through today. Tomorrow is Presidents’ Day so I still have a day to do everything but I really want to get through a couple episodes of House of Cards.