So I’ve been meaning to write this post for months. I kept telling myself that I’d get around to writing it but that never happened. I don’t even have a good excuse. So without any further delay, here are all the places I visited in Barbados.

I was in back home in Barbados in February for two weeks. Along with some document renewals to get done, I also just wanted to spend some time at home. For a week all we did was relax, and eat Chefette. It was lovely!

The Wing Ding special was just about to end and another awesome special was about to start. It was perfect timing! There were a couple all chicken or chicken and potato rotis sprinkled in there but those are always there. The specials are what I go for. The Kruncher special was it for me. Unlike others who were obviously unaccustomed, I didn’t get sick from this so I had it probably four times in one week.

Week two of vacation called for a change of stay (from one set of our parents to the other) and a week full of events. The first stop was the St. Nicholas Abbey Heritage Railway tour.

This train tour takes you around the old plantation site as it makes it way up to the gorgeous view at Cherry Tree Hill.

Along the way they’ll tell you about the history of the land and point out the distinctive plants and trees that grow there. They also point out the differences in the rock structures and the reasons for them. For the inquisitive mind, young or old, this is an awesome tour. The train is also very cool! It’s no Hogwarts Express but it’s still pretty cool!

After the informative train ride it was obviously time to relax. Off to Polo!

I’d never been to polo before this time and again, didn’t really have a good reason why. It was just not something I did before but now I can’t wait to go back. I can’t be sure I understand the game fully but the atmosphere was great and the food was AMAZING! For the entire time I was in Barbados my goal was to have fish cakes. I even had dreams about it. The first set I had just wasn’t up to par, too much dough. The set I had here at polo though were THE BEST fishcakes I had in a long time. You could actually taste the fish! Along with some drinks and watching the game it was the perfect way to end the evening.

The next stop on my tour of Barbados was Salt Cafe. This was a food place that popped up since I’d been gone but everyone around me kept raving about it and I was tired of being left out. We went for an early lunch and it was an amazing decision!

I can’t remember exactly what I ordered but I do know I got the lemonade and the Asian chicken wings. So you have the choice to eat inside in the AC or outside in the hopefully nice weather. Parking isn’t the best but the food makes up for it. Oh and the service is also great. Everything was delicious and they even helped accommodate my no dairy food restrictions.

Of course there was a beach day in there. We went to our usual spot Copacabana beach for the day where I proceeded to get my tan of the year.

I know I usually rave about the food but the drinks here are awesome. I’d recommend the mango daiquiri for anyone who likes fruity drinks. With the food included in the cost you pay upfront it was an awesome place to spend the day and not worry about anything. Truly a relaxing place to spend the day, with a book.

With our freshly tanned skin we headed off to dinner at Spago on the west coast. I hadn’t eaten at this place in about 10 years, back when it was on the south coast. I was also saving up for my dairy meal so I was splurging for Italian. In the cozy dining room came some of best dishes I’ve ever had.

The thin crust garlic bread was honestly melt in your mouth good. The flavours just spilled out into your mouth. Then came the main event, Spaghetti Alla Carbonara.

After watch Benji Travis (from ItsJudysLife on Youtube) make this time and time again on his InstaStories I knew I had to order it. It was AMAZING! If I had to eat one thing for the rest of my life this would be it. So creamy and flavourful and perfectly cooked it was worth the risk of being sick from all the dairy. This might just be my favourite meal for the trip.

Alas, after enjoying myself so much with the food and all the sights, it was time to go. It was like the sky was sad to see us head back to winter. After two weeks of perfect weather the sky just opened up as we were boarding the plane. 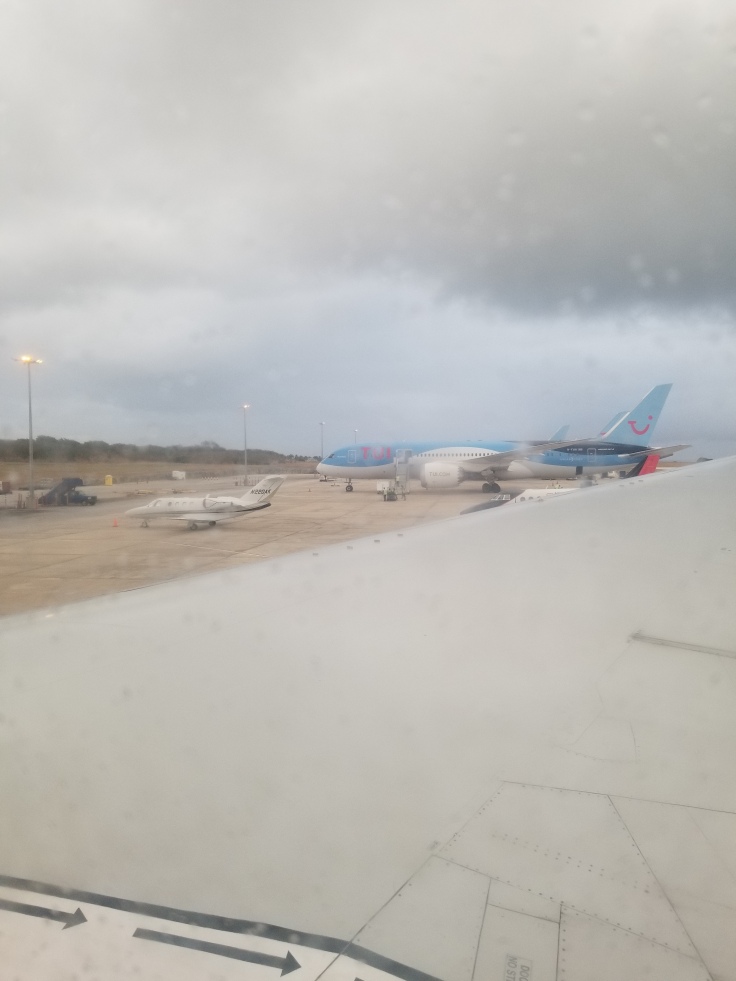 For anyone looking to go to Barbados I would obviously highly recommend all those places I went to. It was an awesome two weeks spent with family and just amazing food everywhere. This didn’t even include the home cooked meals we had and the . We returned to Canada relaxed, refreshed, and stuffed.