Like most other comic books fans, I had high hopes for Justice League. Regardless of what the other movies were like, I always hope that the next one will be better. In a way Justice League was a heck of a lot better than Batman v Superman but it was still missing some key components that would have made it so much easier to follow.

For one, if I didn’t do my own research before watching the movie, I wouldn’t have known how important these mother boxes are. These boxes come up in a lot of different Justice League arcs in the comics. There are a ton of people who use them and can do a lot more than just destroy planets. 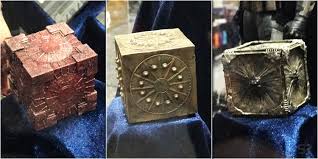 I feel like if there was just one more movie between Wonder Woman and JL, like Aquaman, to explain the importance of the box or just what it’s capabilities are, it would have been so much better. Somehow we are to supposed to gauge how deadly these boxes are from Batman reading about them in Lex’s old notes and some drawings on a wall. That’s not really a credible source. The movie even could have started when the boxes were being hidden and protected which would have helped us understand more about their history.

As someone who is a HUGE fan of Grant Gustin as The Flash, I was already skeptical of this new guy. I have to say that on his part, it looked like he just did as best as he could. What I didn’t like was they made him anti-social and awkward. Yes, he’s a little bit awkward but not understanding human need for social interaction is pushing it a bit. I guess the direction he was given was just off and to me, it didn’t work that well. Yes, he had that playfulness that The Flash has in the cartoons but it felt a but more forced that Grant’s Flash.

My biggest question is, why put an after credit scene of mud shaking above Clark’s coffin in BvS if it takes so much effort to wake him up?

Why focus on the picture of his father falling in the vat of liquid with him if it doesn’t help restore his humanity? I feel like that would be the perfect thing to bring him back to himself instead of Lois continuously saying “Please, please, take me away.” His father was the whole reason he fought so hard to be a good person over just being Superman. Like seriously, if the after credit scene from BvsS shows that he’s still alive why does it take an entire mother box to revive him only for him to come back as a shell of who he was?

Even after all of that, I must say that this movie had a lot more humor that actually got through much better than before. There was more than one scene where I was seriously laughing out loud. It was such a relief to see it not be so dramatic and serious. I mean, it’s based on comic books and cartoons. Even if kids now won’t watch it, the inner kid of everyone wants something to relate to. But, WHHHHYYYYY did the trees have to grow those weird looking flowers at the end? That whole scene could have been cut out.

Overall there were a bunch of holes in this movie. What would have happened if Clark didn’t wake up and decided to help them. Who would have pulled apart the boxes? If Superman can defeat Steppenwolf so easily, why not leave him to do that and have everyone focus on saving the civilians and pulling apart the boxes? Ugghhh. I wanted to like this movie. I really wanted DC to have a win but overall it flopped. I feel like the bad out weighed the good and when you look past all the special effects (there was a lot) and got down to the plot, it’as a bit weak unfortunately.