Like almost everyone else, I’ve been watching the Netflix Marvel Shows. They’re a great way to fill the time before the big screen movies and are really well done. For those who don’t know, the order or timeline for these are Daredevil; 2 seasons, Jessica Jones; 1 season, Luke Cage; 1 season, Iron Fist; 1 season, and together they all make up The Defenders which has 1 season.

For some reason I let a lot of time pass between when I watched the first season of Daredevil and the second. I’m not really sure why but I’m sure life just got in the way. When I did finish the second season I really needed a break because that show is just plain dark. From the actual lighting on the show and the intensity to it I needed to watch some lighter shows before I got into Jessica Jones. It was also hard to watch Matt get beaten up so much. He takes a beating a lot of times and as much as I admire his determination and all that, it’s still hard to watch.

I know a lot of people didn’t like Jessica Jones. It actually took me two tries to finish it, I watched the first 3 episodes with Nick before he gave up. I still found it hard to get through the second time but only because it took so long to introduce the enemy. I think it was 4 episodes of her being scared of an unnamed and unseen thing so it was hard to relate to her fear. Once I understood exactly what she was running from it was so much easier to watch and actually enjoyable. It has some really good plot twists in there and really looks to exploit character flaws in people. It also gave an introduction to Luke Cage in a really natural way.

So Luke Cage starts off a couple months after he leaves Jessica and I found it immediately interesting. It seemed to address all the problems that Jessica Jones had. The villain is introduced early and it really hits the ground running. It might be that I’m black and can relate a lot to some of the things in the show but I really liked this one. At the end when Method Man does that rap, I literally had chills. Another thing I realized is that each episode of Luke Cage can be picked up by someone who hasn’t necessarily been watching all of the episodes. Everything is clear, who the bad guys are, who the good guys are and what the goal is. Everything is out in the open which I guess has something to do with the fact that he doesn’t try to hid his abilities.

The initial goal was to catch up on these shows in time to watch Iron Fist but that didn’t happen. The new goal became to catch up in time for The Defenders but that also didn’t happen but I was close. I watched all of Iron Fist in one day. All thirteen episodes. Once I realized that the villain in this is the same as in Daredevil I sort of watched the series from a different perspective. The way I saw it was that yes we’re learning about about the Iron Fist and all he can do but we’re mostly learning about The Hand and how they’ve been able to gain power and money. Come to think of it we didn’t learn that much about exactly how he became the Iron Fist. It’s touched on a couple times but we don’t see much of Kunlun and barely see the Monks so for me I took this series as a back story of The Hand and not so much about Danny. 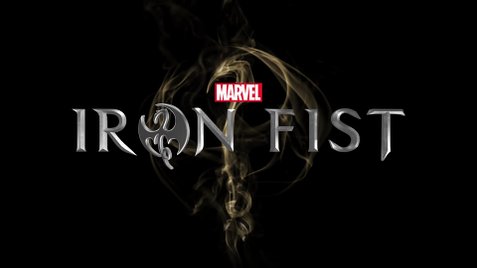 Of course after watching all of that in one day I had to start The Defenders the next day, with breakfast. First off I was disappointed that for a series bringing together all four superheroes, why is it only 8 episodes?? After falling in love with each character for 13 episodes or double that for Daredevil, why do we only get 8 when they’re all together? With that in mind I was doubly disappointed when the first time they’re all together is the end of episode 3. That’s almost half of the show with them not having met yet. Yea I know Luke and Daddy met before but the whole reason of the show is to have all four of them together so in that sense I would say this started off just as slow as Jessica Jones.

All in all I really liked The Defenders. They work together well with Luke thinking everything through before they do anything, Jessica not really wanting to be there but still wanting to find answers for her clients, Matt only being there for Elektra, and Danny telling everyone that would listen that he’s the Iron Fist. It’s also interesting to see their fighting style in that Matt has trained his entire life to basically be a ninja, Jessica has the strength but no training to fight so she’s more of a street fighter than anything else, Luke has the strength and can take a punch but also has training from his time in the military and being a cop, and then there’s Danny who has trained just like Matt but doesn’t exactly have the experience that Matt has so he’s an almost ninja. All together they make a pretty badass team and give for a good story. It’s a good show once it gets going with shocks and twists here and there. I liked it and I wish there was more. And of course I want to see what happened to Matt.

My twist, he gets rescued and taken back to Kunlun where the monks aren’t dead but just hiding.