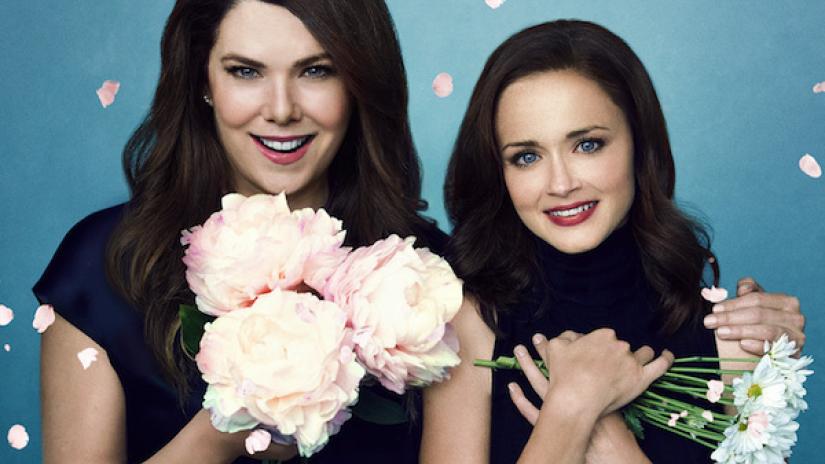 Like almost every other 20-something year old, I grew up watching Gilmore Girls. It’s after I’ve watched over seasons 1-4 ( I don’t really like it past there) that I realize just how much this show has shaped who I am. From terrible eating habits to speaking extremely fast with constant movie and tv references thrown in there, a lot of who I am is from this show. Knowing all of this you can just imagine my face when they said there was going to be a revival. I’ve been counting down for about a year now and finally the day came to watch! (Spoilers ahead)

On the 25th I kind of surprised myself by only watching the first episode Winter. I wanted to save it and milk it for as long as possible but with everyone around me watching it and Youtube videos about theories of what was going to happen I gave in and watched the next three the next day. I set up my tablet watched them back to back to back and it was lovely. There were a few differences, the rapid fire dialogue was toned down a little but the pop culture references were there and I got almost all of them!! What I loooooved was that by the end there was a HUGE opening there for another add on which leaves us all with hope that there will be another Gilmore Girls revival or even a full blown series. Of course that also leaves questions like will the Lorelai name live on?

While watching I found myself asking wwhhyyyyy some things were included. For one there was just a feeling of it being a musical that wasn’t there for the original series. All the dancing and musical interludes broke up the story and made some things feel less serious or took away from the feeling. The real one I still can’t get over is why in the world is a broadway show about the town needed in the revival??? There were so many other pertinent things us fans wanted to know about and that took up about half of an episode. Nothing was added to the story line through it and it just dragged on for too long. The episodes also felt a lot quieter than the original series. The background music wasn’t the same which some might say isn’t a big deal but I just missed it.

Of course I wish there was more Jess and Dean included and that she finally decided to be with Jess since I can’t stand Logan but now she’s stuck with him forever. If there is to be another Gilmore Girls show or a few episodes here and there I just wish that she goes back to Jess. As much as I love Dean they closed that door in this revival. Even without Dean, Jess did a great job of being there for her once he grew up a bit and he’s a much better choice than stupid Logan.

Overall I still loved the revival. It felt great to see the characters again and to get that feeling again that there really is no need to have a logical reason to do something other than the inkling to do it. To have validation that mini donuts as a pre-dinner dinner is actually a good idea despite what others tell you and that there is no better feeling than being with someone who completely understands every reference you make.